it burns above high noon
and later lights horizon edge
with gleam before the gloom.

wind shakes its play
of mustard glow in waves
’til fades away.

its moments shine long after only daydreams.
silence though lustrous may tarnish bright days
while words can polish rays and sunbeams.

(don’t try this at home kids!)

years ago I was real lost and damned
high somewhere above waiting river road
admiring the shine and stripes on her.

the lawless monkey clung
with sharp spurs in my back
as I heard her hurst four speed shifter calling.

it was rinzai rodeo on wild wide bucking rubbers,
deep and down with ma natures wrinkles;
all hot and revved up she was with delicious horsepower beckoning.

she called as we tore through them all,
sliding with drift screaming;
intimate and ravishing every wily weaving curve of road.

to the geometric and sequential manicured and captive lawns
bound and gagged with well intentioned concrete;
from blur to blur we slid and smoked, and you know about intentions.

we thrashed all sacred and unholy with a snarl
to try to free us both from restraints somehow,
if but for a moment.

my rebops were cool and tapped her roaring footnotes,
all brash and slash smoldering strokes;
she howled strange new age zen in teckno glide calligraphy

on spinning squealing paintbrushes
backed by screaming eight piece combo from detroit;
she was a real rapid dose of rigid alloys and dense steel.

all over rural and urban canvas we painted hard rock lines in smoke.
six grand or so spun wildly while we brushed and wrote.
we searched long moments where scenery blurs and smears.

came at us I think
for maybe autographs or more,
but couldn’t keep it up.

we grinned real loud and
gave them our best
fine fading footnotes.

(she was an ’74 Z28 LT1 slammed, jammed and with enough horsepower to smoke the tires anytime you wanted to all the way up to 120mph)

(The word disaster comes from the Middle French désastre from the old Italian disastro, which comes from the Greek pejorative prefix dis- (bad; Gr: δυσ-) + aster (star; Gr: ἀστήρ). So disaster literally means “bad star”. The sense is astrological, of a calamity blamed on an unfavorable position of a planet or star.)

Author Notes
light is love yet sometimes light not love at all.

while NASCAR chariots make left turns all day
for mob swilling dew and whatever comes their way;

only pleasure is the populations mainstay
since herd’s best entertained with NFL blood and fray.

now we’re all stadium crowds or flatscreen fans on gameday
as gladiators of new rome get cheered racous and rampant ’til doomsday.

their bodies WERE the weapons in the history of the NFL like the gladiators of yesterday. Now we see the sport as changed by PC and modern juris prudence. Some of us played it the way it was envisioned and now it is what it is. What football was is not now and will be less and less every day but it’s still the closest thing to war you can see in team sports besides hockey and lacrosse.

football as we know it is gone. the numbers of today are skewed and cannot be compared to what it was when football was brutal and quarterbacks and receivers were targets. Manning is great but couldn’t have made it in the heyday. my humble opinion as a middle linebacker.

GO NINERS! come on Kap, see the field, know your weapons, use that pocket, anticipate and deliver WITH SOME FREAKING TOUCH, we know you can smoke that pigskin when ya gotta!
– See more at: http://allpoetry.com/poem/11715357-gladiators-of-new-rome–Not-For-Long–by-jim-christ#sthash.tdXJcNoG.dpuf

piles of scribbled thoughts
in haphazard stacks
lay wrinkled on a trail nearby
and wiggled in a skid row breeze.

delirium rollercoasters slow
to beethoven on far off radio
while waking to angles of floor
underneath returning equalibrium.

sleep was as gone as that bronc-ette muse
who’d followed him home from the bar,
thrown him after the first round
and would from now on be only words.

(one for good old buk, gone but never forgotten)
– See more at: http://allpoetry.com/poem/11685651-bukaroo-hankowski-by-jim-christ#sthash.GB350GFG.dpuf 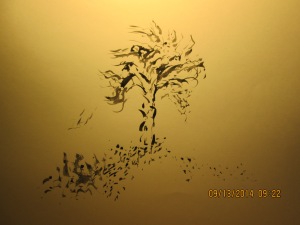 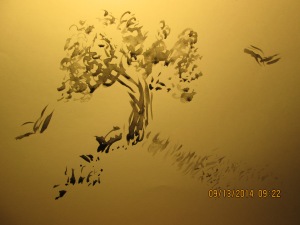